Be the first to review this product
Eight & Bob 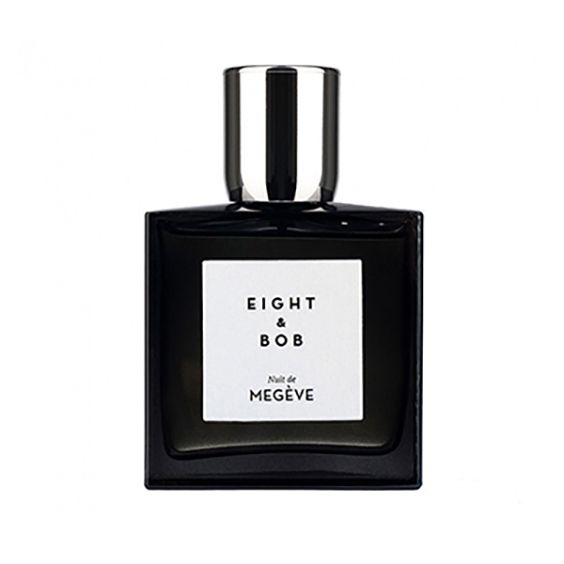 Skip to the beginning of the images gallery
Details
A burning tobacco scent, with a slight hint of coffee. But there are also fresh accents because of the added musk and citrus. It is certainly not an everyday perfume, but rather a more daring scent for a self-confident man and woman.
The perfume was inspired by a skiing holiday in Megève. Albert Fouguet was invited to a pre-Christmas dinner in Megève. He had such a fantastic time there that he decided to create a scent that helped him never to forget this great journey. The mountain air, the wood that burns in the fireplace, ... he wanted to bring all together in an aroma to create a beautiful perfume. And that is how the new scent of Eight and Bob came into existence: Nuit de Megève.

What Parfas thinks of Nuit de Megève: top perfume for the winter months! Very complex, due to the added tobacco and coffee. But so unique!

A piece of history:

Albert Fouquet from Paris is the creator of Eight & Bob, his passion was to develop exceptional perfumes for his own use. Soon his name became known to French society and she wanted a bottle of Fouquet's exclusive perfumes. Eight & Bob was founded in 1937 on the French riviera. Albert Fouquet meets a young American student on a soirée, who spent his summer vacation in Europe. This student was John F. Kennedy, who became president of the United States of America a few years later. JFK was sold to the fragrance that Albert Fouquet wore, on which the following morning Albert sent him a bottle as a gift of his perfume with a note: "In this bottle you will find a dose of the French glamor which your American symphaty lacks". The scent was given the name Eight & Bob after JFK had been back in America for a few weeks and sent a letter to Albert asking him for "8 samples and one more for Bob". The scent is hidden in a book so that the Nazis would not intercept the scents from France to America during the second world war.

The different scents of Eight & Bob can be obtained in Parfas.

We at Parfas attach great importance to an optimal customer service and we do our utmost to ship your order as quickly as possible and to have it delivered to you. Any questions? Feel free to our Parfas team! Parfas is happy to help you further!
More Information
Reviews
Write Your Own Review

GOOD TO USE WITH